Ceiling Fans: A Brief History And Why We Love Them

Ceiling Fans: A Brief History And Why We Love Them

As electricians, we get a lot of phone calls for the installation of ceiling fans in homes, offices, schools, you name it. Yes, the ceiling fan is a popular commodity in today’s society thanks to its “wind-chill” effect. While the ceiling fan doesn’t necessarily lower the temperature in a room, it allows you to adjust your thermostat because it can FEEL like its 6-8 degrees cooler. The use of ceiling fans throughout your home will allow you to save money on your electric bill in the summer because of this mentioned “wind-chill” effect. How COOL is that?  😛 Yes, ceiling fans are a great addition to any room of the house. They come in a variety of designs to accommodate your home’s decor.

It’s cool to look back in history to explore how our modern day innovations came about. And so today that is exactly what we are going do. Let’s explore the invention of the ceiling fan, explain who invented it, and take a look at the evolution of this brilliant idea. 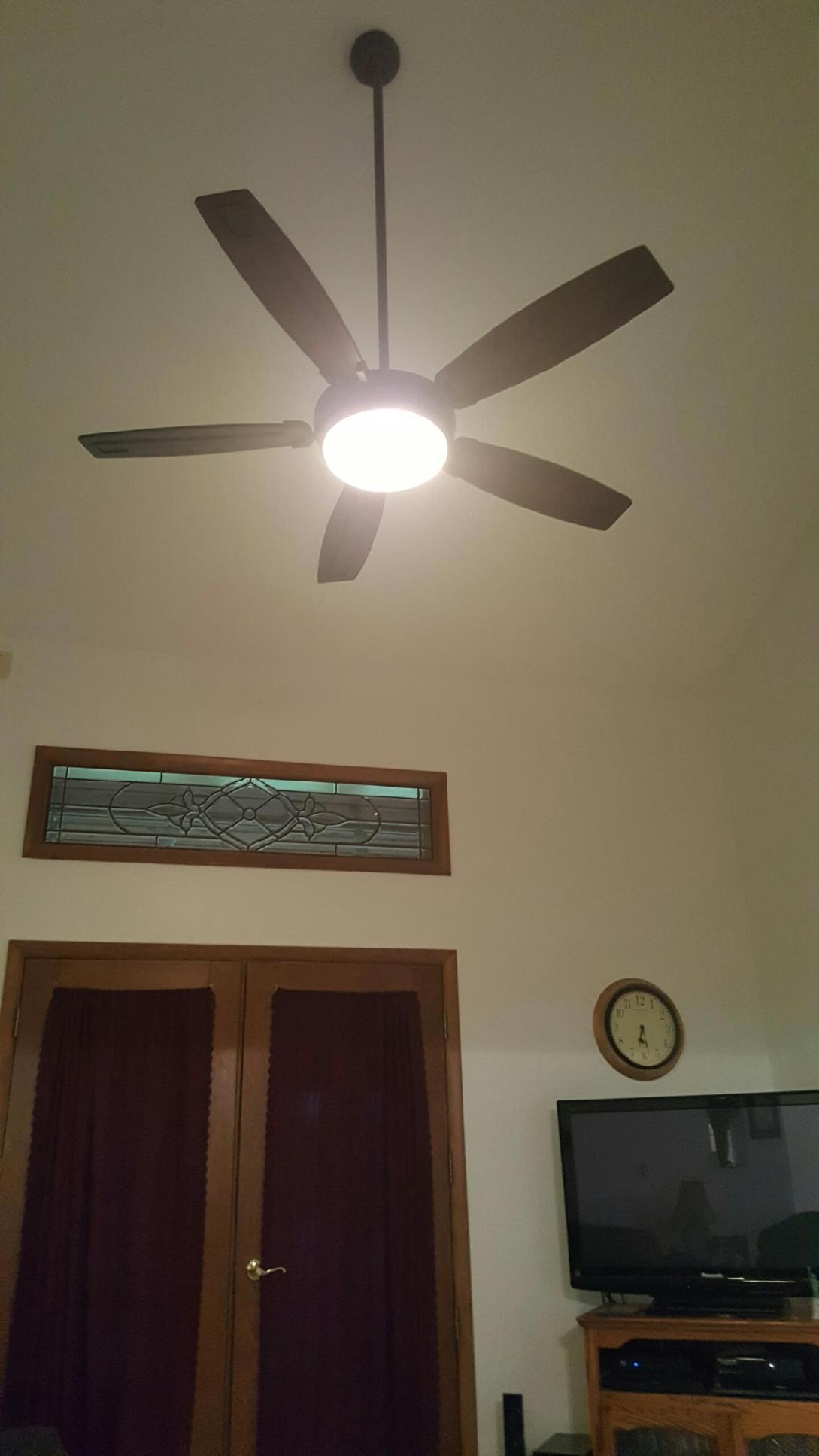 Who Invented The Ceiling Fan?

The man responsible for the ceiling fan went by the name of Philip Diehl. Diehl was a German immigrant who moved to New York City in 1868 at the young age of 21. He became employed by the Singer Manufacturing Company. You know, the one’s who make the sewing machines we still use today. While working at Singer, Diehl invented an electric motor to improve the sewing machines. It was this invention that lead to his ceiling fan in 1887, with the incorporation of his electric motor. By 1889, Diehl’s ceiling fan was patented, and later, Diehl & Co. started production of ceiling fans to the masses.

The Trend of Ceiling Fans

Shortly after Diehl’s company went into production, a few other companies popped up to bring in some friendly ceiling fan competition. Some of these guys included Emerson Electric Co. and Hunter Fan Co., among others.  During their popular years between the early 1900’s to the 1920’s, ceiling fans were first seen in many commercial areas like stores, restaurants, and offices. In 1910, companies began marketing them for household use, but the majority of the buyers were affluent. It wasn’t until the 1920’s that the ceiling fan became a staple in the home.

When the 1950’s hit, ceiling fans began to trend downwards in the United States thanks to the modern day invention of air conditioning. Still, countries around the world were still buying ceiling fans despite the decline in the U.S.

It wasn’t until the 1970’s when the U.S. saw the upward trend again for the ceiling fan. It was due to the energy crisis that many gravitated towards the ceiling fans, a less expensive alternative to cooling down without running the air conditioning as much.

Why We Love Ceiling Fans

We have come a long way since the first electric ceiling fan debuted in 1887. Over the years mentioned, the motors became more advanced, and the number of fan blades increased. Styles have changed as well over the years, becoming more and more modern by the day. People today are still in love with ceiling fans as they did when they first came onto the market. They give us a nice “wind-chill” effect to cool us down, and provide a nice design element in any area of the home.