Sean’s Troubleshooting Story: The Case Of The Popping And Whining Breaker

Sean’s Troubleshooting Story: The Case Of The Popping And Whining Breaker

This past week, installer and field technician Sean B., identified an important fix that was needed in preventing a house fire. A homeowner called us up and explained that he needed a breaker in their main electrical panel swapped out. It wasn’t until Sean got to his home that he discovered it wasn’t just a breaker that needed replacing. This is Sean’s troubleshooting story: the case of the popping and whining breaker.

It was a regular old day in the neighborhood for Sean. Boss sends out the calls, and he gets to grinding. The next call he was going to, the homeowner notified KB Electric LLC over the phone that his breaker needed replacing. Ready to deal with a swap out, Sean headed over.

Sean introduced himself, and walked into the person’s home.

“He said he just wanted me to swap the breaker. I flipped it on, and heard a low pitch whine, and then POP!”, explains Sean. “He said that’s what it’s been doing, and just to swap it out. I said, when you hear something like that, it isn’t just going to be the breaker. Let me peep around your house for a bit. I found a GFCI outlet that asphalt was poured on when they built a porch!”

Sean went on to explain that the GFCI outlet was smoking hot and almost on fire. He showed the homeowner this.

“I showed him this, and he couldn’t stop thanking me for being thorough. Ten minutes later, he comes outside with all of his kids. The kids said thanks for being a super hero and protecting our house. I almost cried!” exclaimed, Sean.

Sean didn’t solely rely on the homeowner’s needs that day. He went above and beyond using his knowledge in the electrical field. He knew something wasn’t right, and that something was causing that breaker to make those weird sounds. Because he did a thorough inspection of the house, he was able to identify why the breaker was making noises, and saved a potential house fire.

Sean had to remove the bad GFCI outlet and terminate the circuit properly in a junction box because the homeowner is tearing his garage down next summer. The GFCI outlet would have needed to be replaced if the garage wasn’t being torn down because it was catching fire due to the asphalt that was poured on it when the homeowner’s porch was being built. After this, Sean did go ahead and also replace the breaker for precautionary measure since the homeowner was trying to turn the breaker ON and OFF repeatedly.

How This Family Was Impacted

Because of Sean troubleshooting the popping and whining breaker, he found a problem that could have turned into a bigger problem. Even the homeowner’s kids were so happy that Sean identified and fixed the issue. Before Sean left for the next service call, the children drew pictures of themselves holding hands with Sean. Not knowing it was him in the drawings, Sean asked, “Is this you and your father?” The kids responded: “Well that one is me, but this one is you. Thank you for protecting our home!” 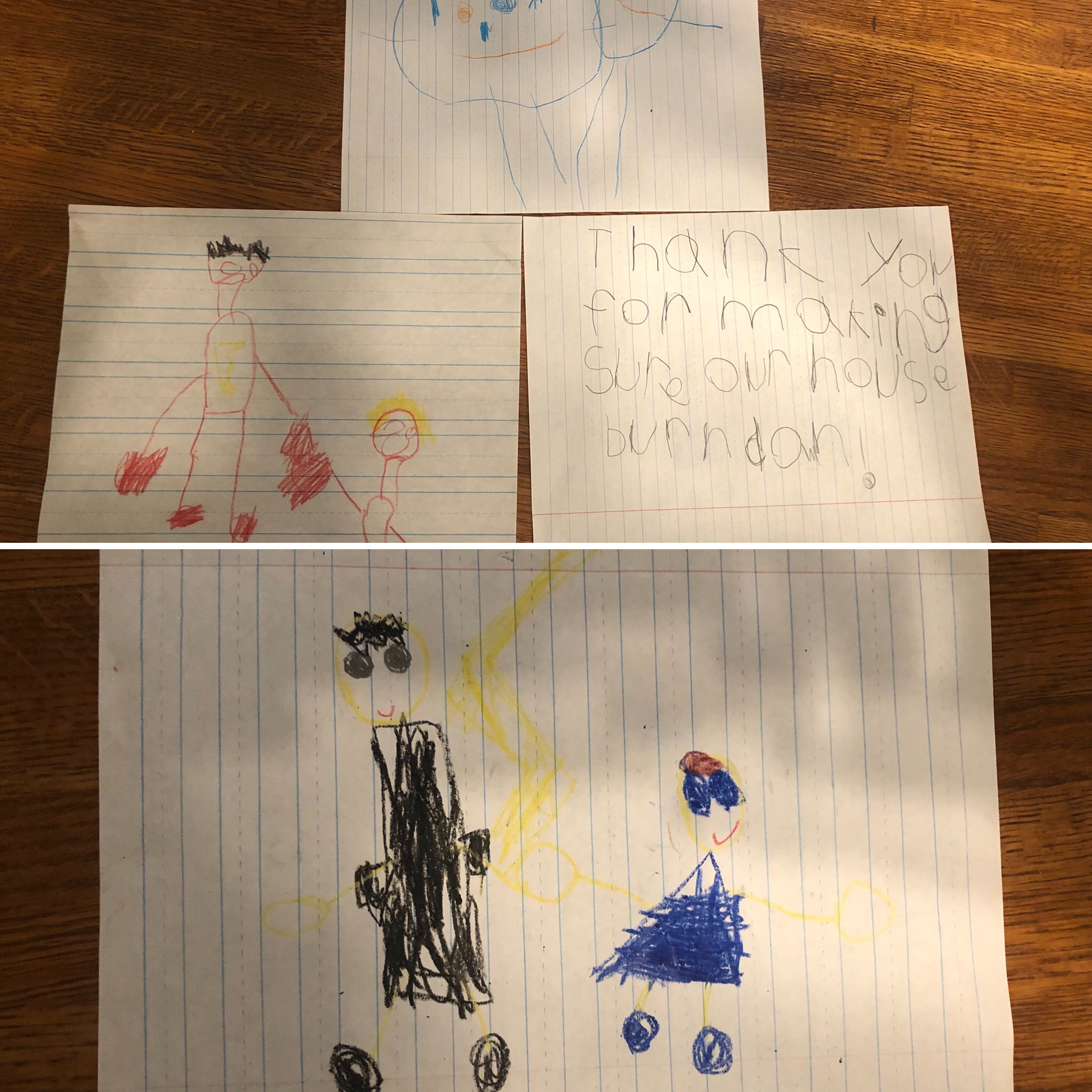 Troubleshooting Is Important: Moral Of The Story

Troubleshooting is always a must when it comes to a homeowner’s electrical issue. We can’t assume anything in the field. Sure, it could just be a bad breaker. But upon further investigation and troubleshooting, Sean was able to identify the root of the problem. If this was left unseen, that GFCI outlet covered in asphalt could have started a house fire.

KB Electric LLC treats our customers just like we treat our family: with respect and kindness. Our number one priority in the field isn’t making dollars. It’s ensuring our homeowners and business owners are safe, and that they are happy with our exceptional service. Call us today for anything electrical related that you are in need of help with! (267) 467-3178